Are You a Sci-Fi Fan?

Are you a Trekkie? A Star Wars fan? Perhaps you’ve faithfully watched Dr. Who, Stargate, or Battlestar Galactica. Or perhaps you are a sci-fi fan along the lines of Jurassic Park, eschewing intergalactic technology for “real world” technology? 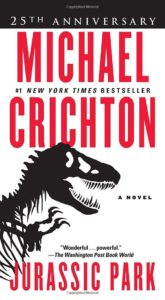 My husband and I both find sci-fi fascinating (admittedly, he is more into it than I am). Our kids have come along for the ride; we’re currently watching the 13th season of Dr. Who with them via streaming services, and, as a family, we’ve read and watched quite the assortment, the latest being Arthur Conan Doyle’s The Lost World and Jules Verne’s 20,000 Leagues Under the Sea. Our current family read aloud? A Wrinkle in Time. We see the new Star Wars movies and celebrate May the 4th. Fantasy and sci-fi are our language.

As our society’s technological capabilities increase, our science fiction stories become ever more elaborate with ever more astounding special effects. But sci-fi is more than blockbuster specials and quirky, niche reads.

Sci-fi is a powerful tool for sparking discussion of BIG issues.

And tweens and teens are at a perfect age to start discussing these things. 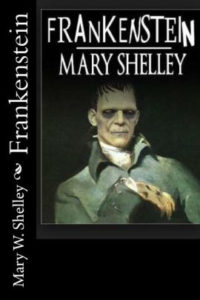 Travel back in time with me, if you will, to the days of Frankenstein. Victor Frankenstein was trying to create life in a laboratory. Is that not essentially what the makers of Jurassic Park are doing in the book/movie? And is that not eerily analogous to what contemporary scientists are doing with genetic research?

A book like Feed by M.T. Anderson* offers an uncanny glimpse into the world of smartphones (the book’s characters had “feeds” implanted in their brains–perhaps that’s not too far away?). And it makes the reader wonder: am I becoming more like my machine and less human, less like the image of God?

The Giver brings young readers face to face with heavy issues like abortion and euthanasia, asking essentially: what makes us human? What is the value of human life? What does it mean to be made in God’s image–to be an image bearer?

Epics like Star Wars show us epic battles of good v. evil and the ways in which societies use technology to further their own, often selfish, ends. And when contemporary world powers start discussing their nuclear arsenals, we begin to wonder: to what end?

Why is sci-fi so effective in bringing up big issues? I think Ursula Le Guin sums it up best:

We who hobnob with hobbits and tell tall tales about little green men are quite used to being dismissed as mere entertainers, or sternly disapproved as escapists. But I think that perhaps the categories are changing, like the times. Sophisticated readers are accepting the fact that an improbable and unmanageable world is going to produce an improbable and hypothetical art. At this point, realism is perhaps the least adequate means of understanding or portraying the incredible realities of our existence. A scientist who creates a monster in his laboratory; a librarian in the library of Babel; a wizard unable to cast a spell; a space ship having trouble in getting to Alpha Centauri: all these may be precise and profound metaphors of the human condition. The fantasist, whether he uses the ancient archetypes of myth and legend or the younger ones of science and technology, may be talking as seriously as any sociologist–and a good deal more directly–about human life as it is lived, and as it might be lived, and as it ought to be lived. (from her National Book Award Acceptance Speech)

Science fiction shows us our potential if our science and technology continues to progress: what might we, as a human race, accomplish? (And, as in the case of Feed, do we want to accomplish that?) What sorts of issues should we consider? (Malcolm, in Jurassic Park, would remind us that life cannot be controlled.) Where does the line between human and machine/artificial life begin and end? (Jonas, in The Giver, is beginning to learn some of that. So, too, does Victor Frankenstein.)

We could read current events articles online that bring up these issues. But science fiction removes the discussion to a fantastic place, a world that (currently) doesn’t, and cannot, exist. Thus our discussion happens in abstract terms. We aren’t as emotionally invested or politically divided.  A serious, intellectual book discussion can occur in which readers wrestle with the big ideas in the book without hiding behind the politically correct answers.

And after watching a T-Rex that’s gone rogue chomp a person in half and then keep moving as the park’s electrical system fails and the perceived animal control evaporates in the rain… you might remember next time that when you play with fire, you get burned. Perhaps those big ideas are already staring us in the face.

Readers, we have a tremendous opportunity to raise Christian thinkers–and Christian scientists. Don’t spend all your reading time in the worlds of realistic and historical fiction. Some of the best discussions we’ve had with our children have been in relation to science fiction.

*Feed is a tremendously thought-provoking read, but know that it contains a LOT of bad language.