Historical Racism in Children’s Books–What do we do?

The website Reading While White dedicates itself to issues involving the dreaded “-isms” in children’s literature: racism, anti-Semitism, ableism, classism, sexism, and more.  A post called “Alongside, Not Despite: Talking about Race and Settler Colonialism in a Children’s Literature Graduate Course,” suggests to me another –ism they might want to take a look at:

That is, “uncritical adherence to present-day attitudes, especially the tendency to interpret past events in terms of modern values and concepts.” 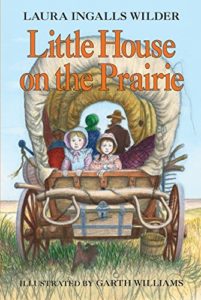 discomfort with rereading the classics of their childhood and coming across statements they glossed over uncritically when they were kids.  What to think about the way Indians are spoken of by upstanding settlers in the “Little House” books?  Or recognizing the protagonist of Maniac McGee as a “White savior” figure?  Or seeing indigenous people casually smeared as “cannibals” in Pippi Longstocking?  Is it enough to say we love these books in spite of their assumed racism?

The writer suggests the White students might think about that question another way: substitute “alongside” for “in spite of,” and rather than racism, propose another marginal group to which they may belong: “I love this book alongside its misogyny, its anti-Semitism, its Islamophobia, its homophobia . . .”

Okay, I’ll try it: I love The Adventures of Huckleberry Finn alongside its anti-Christian bias.

Does that change the way I feel about the book?  Not really.  I acknowledge that Huckleberry Finn, in its celebration of the natural man and his autonomy, and in its negative portraits of upstanding “Christian” citizens, is deeply anti-biblical—and it’s also a great book that I still enjoy reading.  Besides enjoyment, I’ve gained valuable insights from it about human nature and 19th century America.  Here’s another: I love The Once and Future King alongside its misogyny.  The author didn’t have much use for women (or people in general, actually); none of his female characters are especially sympathetic.  But the book still opened my eyes to characterization and the deep conflicts within us all. 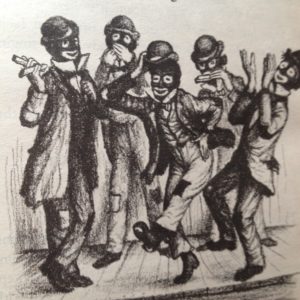 Pa performs in a minstrel show during “The Madcap Days,” Little Town on the Prairie–is this a problem?

That doesn’t mean that expressions of racism in classic literature aren’t cringe-worthy or immune to criticism.  A few decades ago our family watched Holiday Inn, a classic feel-good movie from the 1950s.  It was great fun, until Lincoln’s birthday, which Bing Crosby celebrated by singing about emancipation—in blackface.  The segment was actually meant to be sympathetic, but we all felt like taking bathroom breaks at that point.

Thankfully, most Americans are beyond finding humor in cultural degradation (at least I hope they are).  That is at least partly due to shame about that part of our past.  Still, I’m wondering if racial and cultural sensitivity can end up working against itself.  It can certainly work against literature.

When the discussion of a book circles around its offensiveness, the book becomes an offender rather than a depiction of lives in context.  That’s what literature is supposed to be: a window into other places and times, hearts and minds.  Focusing on offensiveness also puts us in a moral bind: what to do?  Censor out all the disturbing material?  Censor the book?  And if censorship became the recommended practice, wouldn’t that mean locking ourselves into the present?  Even the most liberal-minded, forward-looking, admirable figures of the past held some attitudes we would deem offensive.  That doesn’t mean we can’t learn from them.

When evaluating classic literature, and history itself for that matter, there are a few things we should keep in mind:

We can be critical without being judgmental, and we can appreciate the virtues of the colonialist, racist, Ingalls family (and others like them) without condoning their vices.   We can do better than that, even—we can love those books for the windows they open to an experience that’s now totally alien to us.

But maybe that’s easy for me to say because I’m white.  What about the Black, Hispanic, or Asian reader who is slapped in the face by dehumanizing stereotypes encountered in classic literature?  I’m still thinking about that one—come back next week.

P.S.: The presentation of slavery is a big issue in children’s books published today, too; see “Tempest in a Mixing Bowl” and “One Sad Birthday.”