When did history get so complicated?  Not too long ago, “The father of his country” was a monumental figure deserving nothing but 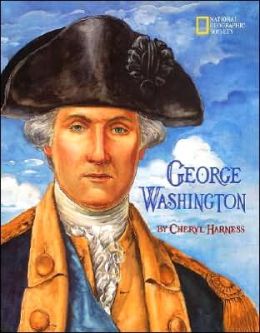 praise.  Now, depending on who you talk to or read, he’s either the “Indispensable Man” or a wealthy slave-owner (of the 1%, no less) who used his influence to his own advantage.  History is endlessly malleable—I think of it as a vast fabric that can be cut and shaped to dress up any cause.  We all tend to get out of history what we want to find, but one of the best lessons we can teach our kids is how to recognize when the past is being manipulated outright.  That leads us to the question of how to recognize a good biography (which leads in turn to a gargantuan post; sorry about that).  Let’s think about this in connection with Washington: how do we get to the truth about such a pivotal figure?

With all this in mind, let’s look at some Washington biographies.  Under discussion today: 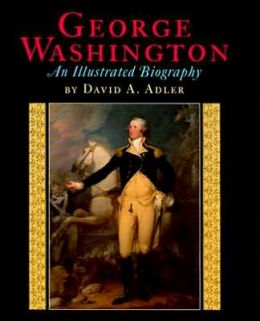 Traditionally-minded Christians tend to believe that older is often better, and that’s often true.  But it’s not absolute.  Newly-discovered material and improved research methods can increase the value of a biography published last year, while the older works might tell us more about the period in which they were written than they do about the subject.  Recently the American Missionary Society began reprinting biographies published in the 1800s by its founding organization, the American Sunday School Union.  These books were intended to present Christian examples for a Christian audience—a noble aim, but they lay on the virtue with a heavy hand.  Anna C. Reed’s The Life of George Washington (originally published in 1842) presents a figure apparently spotless from birth.  The author acknowledges that the cherry tree incident may not be true (in fact it was entirely made up) but commends it as illustrative of George’s character. And, “In all the little disputes of the school-fellows, he was called on to say which party was right, and his decisions were always satisfactory.”  Really ?  On the other hand, I’m touched by this description of a member of the Continental Congress when asked to identify Washington: “You can easily distinguish him when Congress goes to prayers—Mr. Washington is the gentleman who kneels down.”  True?  I’d say likely, though overall Anna Reed’s Life is more hagiography than biology. 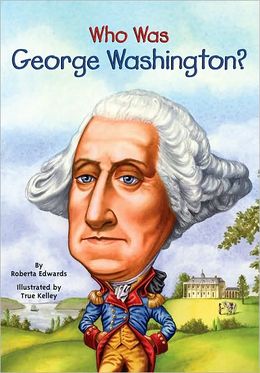 Several volumes of the old Landmark History Series from Random House were republished in the 1990s.  For lower elementary grades, these are sturdy and reliable, though Meet George Washington reads a little like Dick and Jane: “George learned many things outside of school too.  He learned to fish.  He learned to swim.  And he learned how to use a gun.”  The Who Was . . .? biography series from Grosset & Dunlap are a bit more readable and equally child-friendly, illustrated with lively line drawings and supplemented by sidebars.  The caricature-covers seem to defy my first rule about taking the subject seriously, but once you get inside the tone is conversational but respectful.  In Who Was George Washington?, details such as Washington’s touchy relationship with his mother help to humanize him.

I’m a big fan of Cheryl Harness for picture-book biographies: she’s an author/illustrator who both admires her subjects and evaluates them in their own time.  Her picture biography of Washington has no ax to grind (or cherry tree to chop down).  Harness’s illustrations are not mere embellishment; they teach as much as the text does, and she always includes context and supplementary material.

For upper-elementary and middle-school age, Genevieve Foster’s World of George Washington is a classic–originally published over 50 years ago, now reprinted by Beautiful Feet Books.  Foster’s books are more than biography: she uses a single life as a way of looking at the entire world at that time, tracing

significant events throughout.  The downside is that it might be a little too much for some readers: easy to get lost in European successions or Chinese dynasties.  Another possible caveat: Foster was a classic liberal humanist, in the mold of Will and Ariel Durant.  These were amiable, generous souls who admired Jesus and Buddha equally and believed mankind was eventually going to get things right.  Of course it’s not a bad thing to expose children to other points of view, as long as those views are contrasted with biblical truth.  It’s just something to be aware of before exposing young readers to the author’s growing description of the Enlightenment.

Another good choice for middle-graders and older kids is David Adler’s George Washington: An Illustrated Biography, written for ages 10 and up.  Adler gives full attention to the shaping of young George’s character and applies those character traits (not all of them positive) to later achievements.  The illustrations are mostly from the time, such as engravings and portraits, and he includes lots of primary source materials, such as original documents.  The inclusion of primary sources is always a plus for children, who need to start learning how historians come by their conclusions.

These are all general biographies, but there are always sidelines and new angles to explore.  For instance, Peter A. Lillbach has become an authority on Washington’s spiritual life with the publication of George Washington’s Sacred Fire.  More a source book than a biography, this hefty tome makes a conclusive case for our premier founding father’s orthodox Christianity.  Last year his publisher, Providence Forum Press, produced a short treatise on George Washington and Israel.  As in other Lillbach works, the endnotes are as valuable as the main material, but I’m not sure if it was worth a separate publication.  A long internet article would have covered the subject equally well.

The Bulletproof George Washington, by David Barton, captures a fascinating incident from Washington’s early military career.  It’s well worth reading though I should mention that the not-so-bulletproof David Barton has come under fire lately from Christian historians who question his methods and conclusions.  I’m not current enough in the controversy to make a judgment, but some of Barton’s work seems too agenda-driven for my taste. 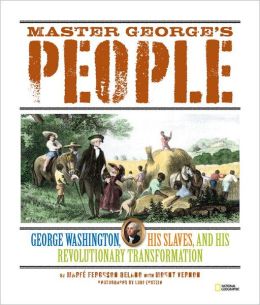 In any contemporary discussion of Washington, the slavery issue comes up.  Master George’s People is about Washington’s record as a slave-owner, illustrated mostly with photographs of re-enactors at Mt. Vernon.  This is an angle that needs to be addressed, and the author tries to be fair.  While Washington apparently accepted the institution without question during his youth and early adulthood, he experienced a change of heart during the war years.  Part of it, as the author surmises, was due to getting out of Virginia and observing the bearing and behavior of free blacks who had enlisted in the army.  He was so impressed by the talents of the black poet Phillis Wheatley that he asked to meet her.  Several of his aides were opposed to slavery, none more than the Marquis de Lafayette, whom Washington regarded almost as a son.  All these influences probably worked on him so that when he returned home after the war he felt very uneasy with the institution.

Why not use his influence to end it, then?  The author makes the point that “he thought the issue had the power to tear apart the fragile young nation he had worked so hard to build.”  For his own part, as is well known, Washington made arrangements to free his slaves after his death but made no public statements or recommendations on the subject.  That might have been preferable to Jefferson, Madison, and George Mason, all of whom made strong pronouncements against slavery but never freed their slaves.  Master George’s People helps to round out our picture of a great man, as well as remind us what a vexed issue slavery was for our founders.  It also makes for interesting social history as we learn the workings and extent of an early-American plantation.  The narrative is clear and engaging except for the author’s insistence on using the adjective “enslaved” at least twice on every page (okay, these people were slaves—we get it).

For more history posts, see Happy President’s Day–No Really!, We Hold These Truths, A Cold Night in Boston, and Thankful for Cheryl Harness.