Going to the Dogs

Of all four-legged mammals, I estimate that dogs get the most exposure in fiction, with horses and mice tying for second and cats a distant third.  I read somewhere that dogs are valued as companions only in countries influenced by western culture; elsewhere in the world they’re treated like . . . well, like dogs: kicked and despised.  I’m not sure what that means, but westerners seem to agree about the emotional bond between humans and their canine buddies.  What happens when that bond is broken is the theme of the first two of these middle-grade novels, which also piggyback on the dystopia trend.  The third is about a bond restored. 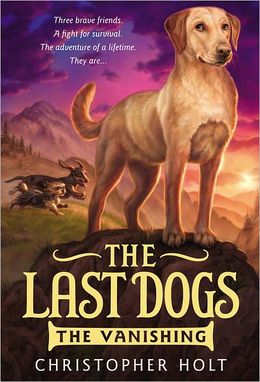 Max, a yellow lab, didn’t realize when he said goodbye to his pack leaders (i.e., owners Charlie and Emma) that he might never see them again.  Two weeks ago they left him in a kennel while they went on vacation, but it’s been seven days since he last saw Vet, who takes care of him in the meantime.  Seven days without food brings home to him the mysterious warning of his best pal at the kennel, an elderly black lab named Madame Curie.  A few days before she disappeared, Madame had said, “There’s a darkness on the horizon.  I can feel it.”

Fortunately an excitable dachshund named Rocky shows up, looking for kibble.  Rocky helps to break Max out of confinement, but they have to tangle immediately with their fierce cousins, a gang of wolves.  Barely escaping from the pack, they and set out across country in search of their former owners.  They find refuge temporarily with the Community, a canine commune ruled by an imperious poodle who wants to change everybody’s name and erase all memory of their former owners–but that’s nothing compared to a later encounter with the Doberman-controlled Corporation, where Max finally gets some answers but almost at the cost of his life.  When he and Rocky and their exuberant companion Gizmo escape the Dobermans’ clutches, they still have the wolves to contend with, and pack leaders to find.  To be continued . . .

The Last Dogs has been compared to Animal Farm, especially in the failed social experiments.  Reading this might be good preparation for George Orwell’s dystopian fantasy, but The Vanishing is an enjoyable on its own merits, especially for animal-lovers.  Their personalities are rather stereotyped, but after all . . . these are dogs.  The action moves swiftly, leavened with humorous touches based on the quirks of Rocky and Gizmo.

When the Big Growl hits, Lucky is imprisoned in the pound.  A loner who ran away from his abusive owner long ago, this golden retriever is accustomed to taking care of himself.  But all of a sudden he’s a city dog without a city.  It’s not clear, or at least not yet, just what the Big Growl is—some apocalyptic event that has killed untold numbers of longpaws (people) outright and caused the rest to flee for their lives.  The only humans Lucky encounters are encased in pressurized suits, and they don’t respond to his time-tested methods of sucking up.  Hunting will probably be better in the country, but he can’t go alone: within hours of his jail break he’s saddled with a polyglot pack of Leashed Dogs—house pets—led by his long-lost sister Bella.

Two basic conflicts emerge: Is Lucky really a loner, or does he belong to a pack?  And: to what extent should the Leashies maintain loyalty to their longpaws?  Though finally convinced that the folks aren’t coming back, each of them has a memento of his or her family that they can’t bear to part with, a “weakness” that earns Lucky’s disgust.  But human readers will be touched by their dilemma.

Erin Hunter is best known for Warriors, starring generations of feral cats.  At 24 volumes and counting, this series has at least nine lives.  The Seekers series, featuring bears, has been almost as popular.  She takes a more naturalistic approach to her animal heroes than Christopher Holt—no communistic societies, and her characters kill and eat their food instead of scrounging for kibble.  At the same time their personalities are more nuanced (and we know dogs have character, don’t we?) and have a distinctly canine worldview, including a rudimentary mythology.  Also more ambivalence toward people, which might be a bit of a problem to us people.  A dose of dominion theology might go down well with this new series, but the first volume at least is strong on the basic virtues of courage, compassion and loyalty. 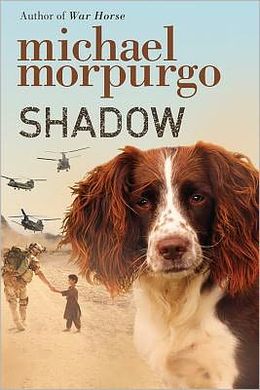 Matt, 12, knows his friend Aman is from Afghanistan, but that’s about all he knows until Aman and his mother are abruptly removed from their flat and taken to Yarl’s Wood, an “immigration removal center” in Bedfordshire, England.  Matt is not allowed to see him and his letters, emails, and texts haven’t been answered.  On a visit to his grandfather in Cambridge, Matt is inspired to ask if Grandpa will try to get in and see Aman, just so Matt can know he’s okay.

The old man hesitates; since his wife died not long before, he’s reluctant to get involved with people he doesn’t know.  But he’s a retired journalist, and his investigative juices start flowing, especially after visiting the facility.  “Everything about the place seemed to me to be hateful: the bleak locker room where visitors had to leave their coats and bags, the institutional smell, the sound of keys turning in locks, the sad plastic flowers in the visitors meeting room, and always the sound of some child crying.”

When Grandpa finally gets Aman to open up, the boy tells an amazing story of escape from his warn-torn country and the diabolical Taliban, with the help of a remarkable dog.  The story could be very complex but is simply told with just enough detail and character development to move it along.  I would have liked a little more, but it’s about right for the age range and it makes an effective intro to what’s going on in the Mideast.  Add a dog and it can’t miss, especially with a happy ending that’s a credit to the author of War Horse.  The story is not factual but all the main elements are: bomb-sniffing canines, refugee smugglers, political asylum.  And loyalty and friendship are themes that never go out of style.

See “Love that Dog!” and “Mouse Tales” for more animal stories; also our reviews of The Cheshire Cheese Cat, The One and Only Ivan,  and Soldier Bear.