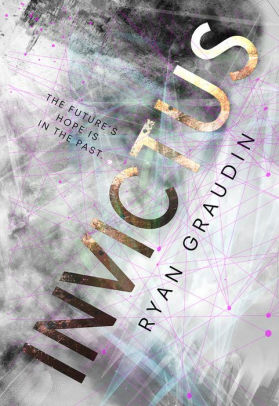 Invictus takes science-fiction to the max with a wild ride that involves time travel, doppelgangers, and parallel universes.  Ages 15-up 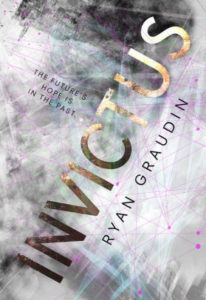 Recommended for: Ages 15-up

Time travel is dicey, as everyone knows.  And, as everyone knows, you must never fall in love with someone outside your own time frame.  But that’s what Farway Gaius McCarthy’s mother did, and to compound the error, she lingered too long in 95 AD.  So, the child she conceived with a Roman gladiator was born a bit too soon, in the gap between 95 and 2354 (a piece of eternity known as “the grid”).  Farway, or Far, knows his lack of a birthday sets him apart and confounds every med-droid.  He doesn’t know that the space-time continuum has been shaken, even to the surrounding multiverse.  He’s like a virus.  All his life, someone or something has been silently tracking him down, and now it’s getting closer.  Perhaps it’s the same person who sabotaged his time-traveler certification at the Academy, a failure that forced him into scavenging treasures from the past aboard Invictus.

Sounds complicated, and it is, but the author wisely keeps the character list small and allows us to get to know the four-person crew of Invictus (and their mysterious interloper) until we are invested in them as friends.  Then she carefully springs one stunning plot development after another so readers don’t get lost (as this reader easily does when the sci- outweighs the fiction).  Futuristic swearing, that shocks some characters but not us, adds a quirky humor.  Time-hopping, multiverses, doppelgangers, classical references and intelligent thrills make this a winner.

Cautions: Sensuality (kissing; Far and his girlfriend sleep together once)