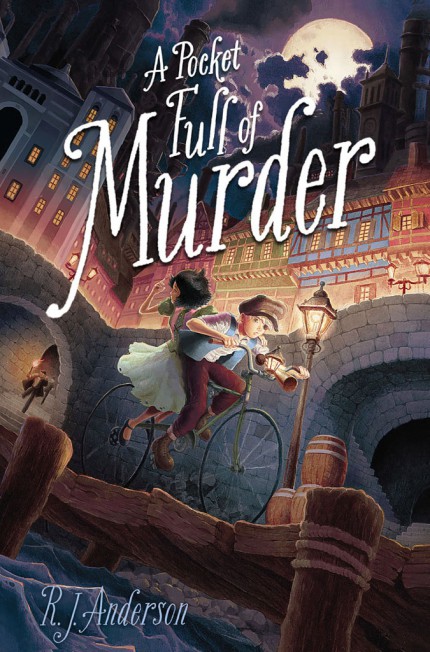 A plucky girl sets out to prove her father’s innocence —aided by a street boy— in this magical murder mystery. 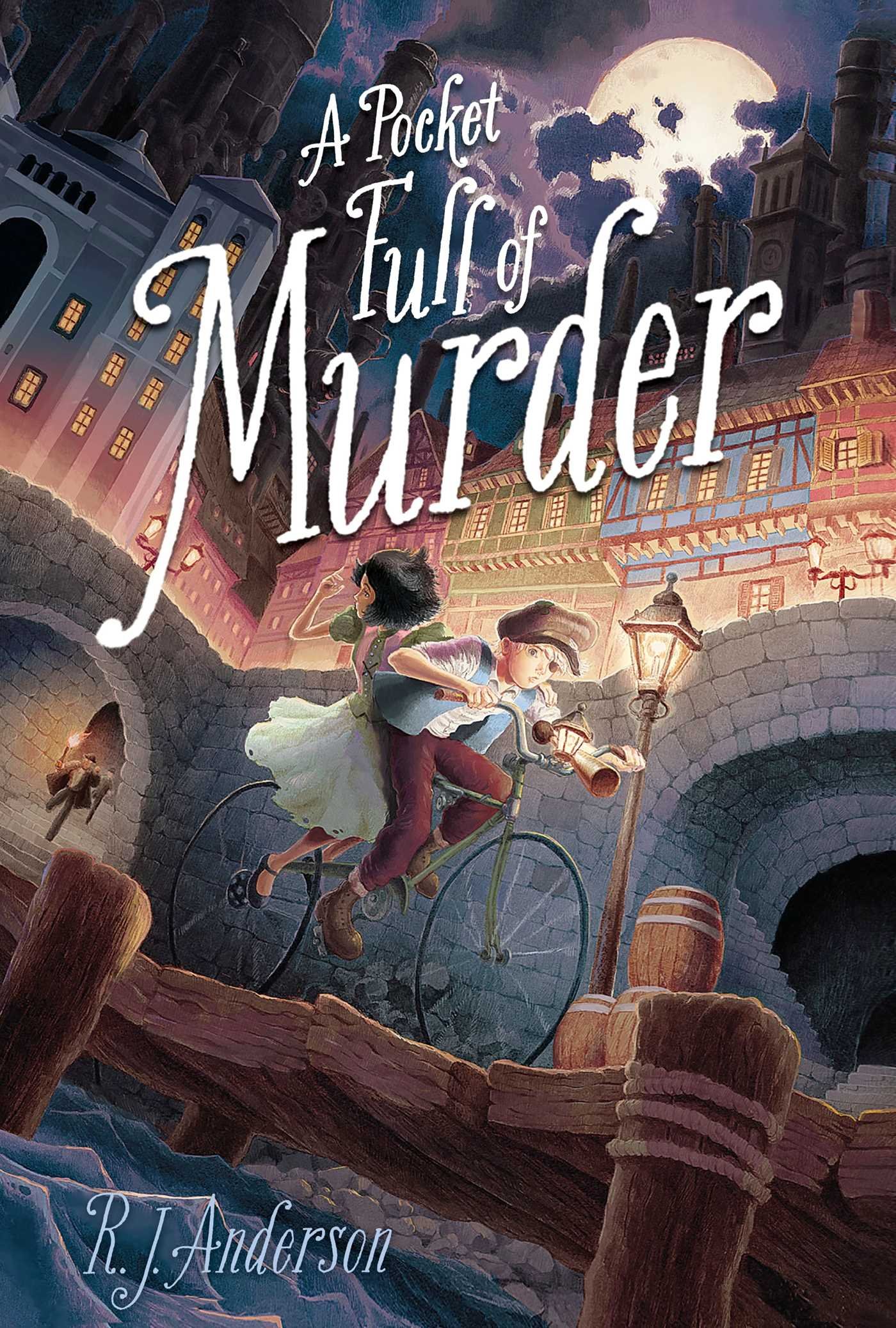 Isaveth Breck is not one to let life get her down.  We meet her baking spells —for the first time since her mother’s death — in an attempt to help her family’s meager income.

Life is hard in Tarreton.  Poor economy creates unrest and there is a sharp divide between wealthy inhabitants who practice sagery and normal people who rely on common magic.  Moshites, like Isaveth and her family, are at the very bottom of society, ostracized for their worship of the All-One.

When her father is accused of murder, Isaveth is convinced of his innocence.  She sets about investigating on her own, aided by Quiz, a mysterious one-eyed street urchin.  Isaveth and Quiz’s discoveries unearth deeper reasons for the murder, but lack of evidence throws them into a race against time.

Readers will be swept up in Anderson’s tale.  Engaging characters, growing friendship, and unexpected revelations, with ever-increasing suspense, make for an excellent mystery.   While the story will draw readers in, Anderson’s world-building is equally good.  The city of Tarreton comes to life, from Isaveth’s home on Cabbage Street to its rich avenues, bustling city center, and seedy wharves.  Tarreton is multicultural with varying shades of skin and hair mentioned casually —Quiz is blonde and fair while Isaveth has olive skin and dark, unruly waves.  From subtly changed days of the week, to the Moshvites’ distinctive darker features and persecution, readers will notice parallels with our world.

Though intense situations, suicide, and alcoholism are mentioned, they are not dwelt upon.  Unlike some young adventurers, Isaveth does not disobey her family.  Her father is in jail and her big sister, torn between worry and concern, allows her investigating.  Many positive themes are woven into the story. Isaveth loves her family and recognizes each sister’s way of dealing with grief and hardship is different.  While Isaveth is not as religious as her older sister, she prays regularly.  Her growing friendship with Quiz is sweet, and the two make an excellent detective team.

Mystery lovers young and old are in for a treat.  Anderson’s love of Dorothy Sayers has led to a magical adventure with echoes of Lord Peter Wimsey and Harriet Vane.  Because of the large part Quiz plays in the story, middle grade readers both male and female will enjoy this excellent magical mystery as well as its sequel, A Little Taste of Poison.