Welcome to Week 3 of our Hobbit Read Along! If you’re just joining us (and it’s not too late!), you should probably check out the Introduction, Week 1 and Week 2 of the read along. You can find the full reading schedule in the download at the bottom of this page, but just fyi, we’re supposed to be around Chapter 7 of The Hobbit today.  Or skip ahead to Week 4. 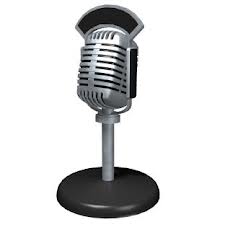 Since next Monday, November 26th is the deadline to enter, I thought we’d take a moment to remind everyone of the radio theater contest.  Even if you aren’t doing the read along, you’re still welcome to enter.  Just record you or your child (or both!) reading a page or two of The Hobbit.  (You can use this free audio recording software if you don’t already have some.)  Be sure to try on your best Smaug or troll voices!

We’ll narrow the best down to three or four finalists, and then we’ll post them on our blog that week for readers to vote on. The winner will get one copy of a Hank the Cowdog audiobook, and a free caricature of a family member or friend as a Hobbit character. 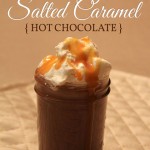 I went looking for a skinny hot chocolate recipe for you guys this week.  And my goodness, did I find one!  I’m not totally convinced it’s all that skinny, or that I will be when I get done with this sweet treat.  But if you follow the directions and use diet hot chocolate mix, low-fat almond milk, and fat-free whipped cream, you’ll certainly loose a lot of calories without losing all the fun.  Does this not look absolutely delicious?!  You can check out the recipe on its home site, www.skinnysometimes.com, or just print it out below in the read along guide.

As you may recall, last week we talked about how Tolkien’s bad guys pointed to God and His goodness.  Hopefully you were as engrossed in the story as I was when Gollum made his appearance out of the darkness under the mountains.  Such an amazing character, albeit quite scary and creepy! 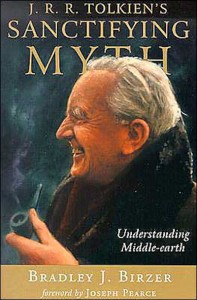 This week, I thought we would look at the heroes of Tolkien’s stories.  Besides Jim Ware’s book aimed at families, which I link to below, I’ve also consulted one other book quite a lot on this subject this week: J.R.R. Tolkien’s Sanctifying Myth: Understanding Middle-Earth

So, how do Tolkien’s heroes point to God?  If you’re just here for the family read along, skip down to the podcast and study guide below.  They’ll approach some of these topics in a more kid-friendly way.  But if you’d like to go deeper, feel free to read what’s below!

He knows that he isn’t up to the challenge of guiding the dwarves through the wilderness, delivering them from dangers, destroying the dragon, and liberating the treasure. That is a job for a wizard, not a furry-footed, yellow-waistcoated, middle-aged bachelor from the Shire! But the wizard is unavailable, and Bilbo has to do the best he can.–Jim Ware, Finding God in the Hobbit.

A true leader shies away from his calling because he knows there’s nothing in it for him. He understands that the perils, the anxieties, and the sleepless nights will be endured not for the sake of personal gain, but for the benefit of somebody else. In other words, he realizes that genuine leadership is a matter of service and self-sacrifice; and that’s always a bit uncomfortable.–Jim Ware, Finding God in the Hobbit.

When one of the riders asks Aragorn how to discern right and wrong in complicated times, Aragorn responds: ‘As he has ever judged,’ for ‘good and ill have not changed since yesteryear; nor are they one thing among Elves and Dwarves and another among Men. It is a man’s part to discern them, as much in the Golden Wood as in his own house.” p. 67

The reason this is so, of course, is because there is one God who made them all, and His laws are written throughout the book of nature, including his creatures’ consciences.  (FYI, God is actually in the stories, though He remains mostly in the background.  He is named explicitly in The Silmarillion as Eru Ilúvatar if you’d like to read more about him.)

“At the critical moment, a sudden insight into Gollum’s despondency and despair—a capacity to see matters from his point of view—fills the hobbit with an overwhelming sense of pity and stays his hand. In hindsight, it’s easy to see the positive long-range ramifications of Bilbo’s act of mercy. Ultimately, his compassion becomes the linchpin upon which the fate of Middle-earth turns. For Gollum is the one who, in the end, brings about the destruction of the One Ring…”–Jim Ware, Finding God in the Hobbit

And where is God here?  Certainly, God’s sovereignty is at work.  Remember Gandalf’s quote in Lord of the Rings, ‘There are other forces at work in this world Frodo, besides the will of evil. Bilbo was meant to find the Ring. In which case, you were also meant to have it….’  And that sovereignty extends even to Bilbo’s mercy on Gollum, which Gandalf defends to Frodo.  And its that upward hope that causes them to look for the happy “eucatastrophe”–the sudden happy ending out of darkness:

“It was pity that stayed Bilbo’s hand. Many that live deserve death. Some that die deserve life. Can you give it to them, Frodo? Do not be too eager to deal out death in judgment. Even the very wise cannot see all ends. My heart tells me that Gollum has some part to play yet, for good or ill before this is over. The pity of Bilbo may rule the fate of many.”

This week, Jim Ware is back to help your family think a few of the points above.  Once again, we’ll be discussing his family-friendly book Finding God in The Hobbit.  In case you’ve forgotten, Jim is a writer for Focus on the Family, and he’s written numerous books for kids and families including Adventures in Odyssey, God of the Fairy Tale: Finding Truth in the Land of Make-Believe

and Finding God in the Land of Narnia (Saltriver)

with Kurt Bruner.  In addition, Jim has written his own fantasy series, The Stone of Destiny: A Novel

, which I only just found out about and hope to review before long.

These are the resources you may want to print off if you’re actually doing the read along.  (I hope the rest of the post will be interesting for folks regardless.)  It includes the read along schedule, the week’s main idea, games/discussion questions, the radio theater contest, and of course, the week’s hot chocolate recipe.  Hope you enjoy!

So are you guys enjoying the reading so far?  Any big ah-ha moments or just memorable times you’d like to report?  I’d love to hear how some of you are doing!