“They know bits and pieces of the Old Testament—how God created the heavens and the earth, what rules he wants us to follow, how he worked through faithful believers to inflict justice on enemies. But they often fail to see how it all fits together as one story of grace from first to last, featuring God’s ultimate act of salvation in Jesus Christ. This project seeks to equip teachers so they can acquaint Christians with this story, beginning with the Old Testament. Whether you preach regularly, lead a small group, or simply want to learn more about the Bible, you’ll find resources here that will unveil the beauty of this story.”—Gospel Coalition’s website on preaching Christ in the Old Testament 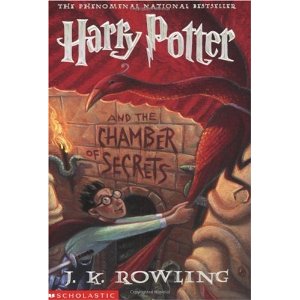 reason fantasy books like Harry Potter are dangerous is that they are “worlds without God.”  The author surmised that spending so much time in a godless universe—albeit imaginary—couldn’t be good for young readers.  I really sympathize with this point of view, and for many kids, these books probably do represent worlds without God.  I don’t think this needs to be the case, but it is worth dwelling on for a moment or two.

As a high schooler, I must have spent 10-14 hours a week consuming stories beyond the Bible.  I read for my lit classes, read for enjoyment, and watched movies and TV with family and friends.  90% of these stories would have been without any overt references to God.  I also read my Bible just about everyday–and that combined with Sunday preaching meant I listened or read to Biblical stories for maybe 2 hours a week.  So you can see the problem here.  Many of the books I read in high school were classics like Crime and Punishment or The Scarlett Letter, books that are objectively meaty and conscience-shaping.  But because I didn’t seek God in these books, because I either didn’t know how or didn’t want to, I really did spend most of my imaginative life in worlds without God.  By the time I got to college, it only got worse.  As an English major, I read stories up to 3-5 hours a day, and I spent much more time watching movies with friends and suitors than I had in high school.  While I considered myself a Christian during this time, it was inevitable that because I had encountered all these literary worlds apart from any thought of God, I struggled to see how God mattered to the issues of morality and conscience that made up daily life.

Yet is Christ really absent from these books?  Or is it that we just don’t have eyes to see Him?

Before I answer the question, I want to make the problem a little worse.  Something I discovered in my high school years was the fact that Christianity—with its insistence on dogma and naming the name of Christ above the principles of kindness and grace and truth—always seemed like an add on to literature.  I mean, when I went to the bookstore, Christian lit had its own tiny section, while classics and “real literature” made up the better part of the fiction section.  That alone made it seem like something non-essential or aesthetic instead of the core of human experience.  But another problem was this: the Christian stories I encountered didn’t seem all that different from non-Christian ones, at least in the main parts of the story.  I was reminded of this a few years ago when I watched The Kite Runner,

a movie based on a book, in which the protagonist betrays his friend only to come to a point of repentance and change in his life.  He is sorry that he had hurt his friend, comes to own the hurt that he did, and then he launches out in a full sprint to undo the damage he had done and lay his life down for his friends’ family.  To make this story a Christian story, all I had to do was add a few phrases.  Instead of just being sorry for his sin, he could pick up a Bible and say the sinner’s prayer.  In the end, He could give glory to God in one sentence, and voila!

Of course, there were other influences on my heart and mind at this time.  But it’s also no surprise that I came to the conclusion that Christianity wasn’t wrong, but that there was something deeper it couldn’t describe.  Religion was a beautiful overlay, but really redemption and salvation and meaning in life were something much deeper than Christian buzz words.  Just as in literature, the real arc of reality was not captured in religious terms.

Janie has talked about the limitations of Christian fiction recently in her post Good Christian Girls.  I would add this to the list: Christian authors generally use the same story arc as other authors.  Is that really all that a Christian understanding of reality and literature has to offer—cliches on top of the secular man’s story?

The answer of Scripture, I believe, is a resounding no.

And that’s why I’m beginning this short series on Finding Christ in Literature.  One of my favorite interests these days has been the “Christ in the Old Testament” craze in the evangelical and Reformed world lately.  If you weren’t aware of it, the Gospel Coalition–headed by Tim Keller and D.A. Carson–just hosted a conference on the subject, and I highly recommend the conference resources on their site.  And while finding Christ in the Old Testament is a robust topic on its own, I believe that it does offer some principles that can help us in our quest to find Christ in all of life, the scope of fiction.

So, I will try to lay out a few principles of finding Christ in the Old Testament in my next post.  From there we can try to discern how those principles may or may not apply to fiction.  But before I close, I’ll just make one argument for why I think we ought not assume that a story that doesn’t name God is a “world without God.”  And that argument can be summed up in two words: Christ’s parables.

When Jesus told the story of the Prodigal Son, he told a story which if taken only at face value would be a “world without God.”  It was a kind of fiction in which no mention of God is made at all.  And yet we all know that although God was not named in the story, he was present.  The Father of the prodigal is obviously meant to be a stand-in for God—a picture of God.  In fact, if we cannot see what this story is teaching us about God, we have missed the entire point of the exercise!

I will say right now that we must be careful as we walk farther down this road.  It is just as destructive to see God where He is not as to not see Him in places He has revealed Himself.  But if reading in a Christian way is more than just looking for God-words, if we as a culture are reading fiction like the Old Testament—as a place that is Christ-less—when in reality He is present throughout, we can’t ignore the damage that is being done in the hearts of readers who see them as “worlds without God.”

Any thoughts on how we ought to seek Christ in the stories we read?  Any cautions you’d like to give me or your fellow readers?