Let’s Talk It over: Honesty and Diligence in Literature

Janie: This week we’re taking up two major themes in Proverbs: honest work and honest words.  At first glance they may not seem to be that closely related, but we should know better: laziness is a form of dishonesty, in that the lazy man is cheating his employer and everyone who depends on him.  He’s even cheating the Lord, who made him to work.  Likewise, lying can be a form of laziness, because it often means taking the easy way out of a sticky situation. 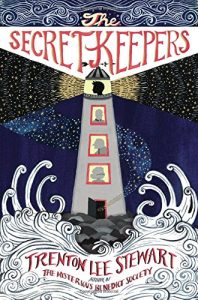 Yet when we think about it, it’s interesting how often lying is a factor in children’s literature.  The young protagonist often feels that he has to lie to his parents, or at least not tell them the whole truth, in order to have a certain amount of free agency. I had to resort to this myself in I Don’t Know How the Story Ends, because the characters needed to move freely around Hollywood to make their movie. In that case it wasn’t outright lies, but more half-truths and omissions.  Sometimes an author feels it necessary for a worthy protagonists to tell an outright lie—that he’s going to be at a friend’s house, for example, when he’s actually embarking on a mission the parent would not approve (but which is crucial for the plot).  One of our readers complained of this in The Secret Keepers, a novel we recommended.  Can you think of other highly-regarded children’s books in which lying is a factor?

Betsy: The Mixed-Up Files of Mrs. Basil E. Frankweiler is a modern classic about two children who run away and practice a lot of deception in the process. It’s an interesting book to look at from this angle, however, because the two children are forced to be honest with one another and, in the end, it is their honesty with Mrs. Basil E. Frankweiler that enables them to solve the puzzle and return home. In Ghost, the main character (“Ghost”) lies about stealing a pair of shoes; this ends up being a great character-building experience for him as his coach makes him apologize and then work off the pair of shoes.

Janie: Honesty wins out in the end, it’s true.  In The Secret Keepers, the hero’s mother finds out the truth in time to help save him, and forgives his earlier deceptions because it worked out for the best.  In Bridge to Terebithia, Jesse and his friend Leslie have a secret hideout they don’t tell their parents about.  We’re made to feel sympathetic, as Jesse’s family doesn’t understand him and “Terebithia” offers the kind of restorative space he needs.  But if Leslie’s parents knew about it, they may have been able to warn her not to go there in a rainstorm, and tragedy may have been averted.

Hayley: In the Harry Potter series, especially the earlier books there is a lot of rule breaking and deception.  Rather than trusting adults, Harry and his friends take matters into their own hands.  I remember, as a young reader, how much the lack of truthfulness bothered me!

Janie: It’s such a common plot device I wonder if authors even stop to consider the moral ramifications . . .

Betsy: Frequently in literature, we read about characters who are not telling the whole truth (or not telling any of the truth), but they aren’t lying outright. The Lemonade War is a good example of what happens when family members (and friends) aren’t being completely honest with one another. A gentle answer (and humble heart) turns away wrath, but a harsh word (or lack of the truth) can propel people into a much greater disagreement as the situation spirals out of control. This is exactly what happens Jessie and her brother Evan get angry with one another, Evan doesn’t tell Jessie why he’s angry, and the two end up battling it out lemonade-stand style in the heat of late summer. 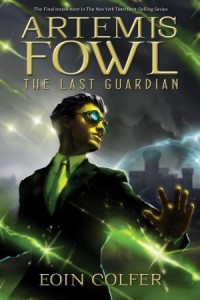 Alysha: I think about the Artemis Fowl series by Eoin Colfer. The stories feature young Artemis – the villain turned anti-hero. He’s has a genius intellect, but feels that gives him the authority to lie, cheat, steal, and put others down. He learns a lot through the series and grows as a character, even living through some terrible natural consequences to his actions, but even in the final novel, he uses some amount of trickery in order to save the day. He wants to be honest with everyone by the end of the series, but cannot quite escape his old way of doing things.

Janie: Deception or outright lying usually works out “for the best” in fiction.  In what novels (or movies) does lying have serious consequences for the hero?

Betsy: The Importance of Being Earnest is a hilarious look at what can happen when one is untruthful. The movie is quite well done, too. Shiloh is a terrific morality tale about the way lying erodes others’ trust in you; the main character’s parents aren’t sure they can trust him given his history. We’ve mentioned the Narnia books a lot in our discussions this summer, but Edmund comes to mind once again! He lies about his experiences in Narnia, and we all know what happens to him (and Aslan) in the rest of the book. Edmund’s case is a good one to talk about with kids—his lying and bitterness produces a rift in his relationship with his siblings, and this has significant ramifications for both Edmund and his siblings. 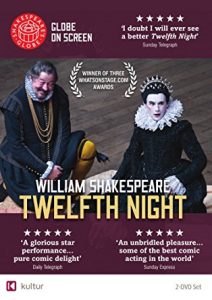 Alysha: Betsy, The Importance of Being Earnest is a tremendous example. I love stories where the truth is the only way to untangle a sticky situation. Shakespeare uses this technique, particularly in his comedies. Twelfth Night is an example where the protagonist, Viola, who has gotten into a huge mess because she pretended to be someone she was not, has to tell the truth about her identity in order to bring harmony and happy endings for all.

Betsy: I love Twelfth Night! And you’re right: truth is the only way to untangle the mess. Shakespeare is full of similar examples in which the truth could have prevented much tragedy: Othello (and his unfounded suspicions of Desdemona) and Romeo and Juliet are two tragic examples.

Hayley: Without giving too much away, Mara, Daughter of the Nile is a great example of lying entangling the main character and compromising relationships.  Mara is clever and thinks on her feet, but eventually even she faces a reckoning. 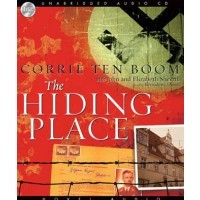 Janie: Are there any examples you can think of where lying seemed necessary?  I’m sure a lot of readers will recall The Hiding Place, where Corrie actually practiced lying to keep her refugees safe, but her sister literally could not bring herself to lie, and God protected them anyway.

Hayley: I had to think about this one; I can’t think of many!  But then I thought of Rifles for Watie, one of my favorite Civil War era historical fiction novels.  Jeff and a friend (both Union soldiers) go under cover to spy on the Confederates.  They pretend to be Southerners, which entails continual deception and lying.  It’s for a good cause but entraps Jeff in more ways than one, especially when a girl gets involved!

Betsy: The Secret Garden is a classic in which the protagonists practice a lot of deception (actions and words); their motivation is to create a surprise for Colin’s father. It would be interesting to discuss whether a “surprise” for someone justifies lying….

Alysha: This question brings to mind the superhero genre. Many comic heroes have a secret identity that they use to cover the fact that they are heroes. One example is Superman. He is known for his honesty, uprightness, and bravery, but he spends his days covering up what he can do. He wants to protect his earthly parents, and others close to him…but what happens when someone finds out his secret and the fact that he’s not been truthful? 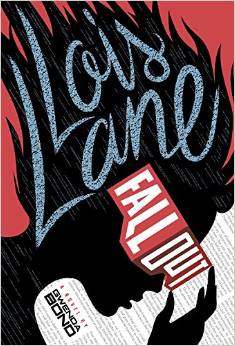 Janie: Secret identities do seem like a form of “necessary” lying!  At least in the superhero genre, where much of the dramatic tension lies in keeping his identity secret.  The Lois Lane Chronicles, a new YA series, pictures Lois as a crusading high school journalist who has made online contact with an appealing young man who calls himself Smallville Guy.  In the latest volume of the series, which I’ll review soon, Smallville Guy reveals his real name as Clark Kent.  But of course that’s not his real real name!  Part of the fun of the series is guessing how much Lois will discover about him.

Or course, in real life a false identity is usually a technique of the con artist (as in one of the titles on our booklist this week, The Charlatan’s Boy).

Janie: Hard work is one of those old-fashioned virtues that doesn’t seem quite as necessary today with all the labor-saving devices we have.  But old-fashioned diligence is as necessary for a sit-down job as it is for a construction worker.  We see lots of examples in real life!  Sheer laziness was a big factor in the VA scandal of a couple of years ago, and further back it was a lack of diligence that cause the New Orleans levees to break after Katrina, causing much greater harm than the actual hurricane..  Jesus’ parable of the five foolish virgins (Matthew 25) can be seen as a warning about laziness.  But what examples of diligent workers can you recommend in children’s literature?

Betsy: There is perhaps no better example of hard work (and the results of both it and laziness) than the familiar story of The Little Red Hen. Even very young children can pick up on this example! Aesop’s fable about the grasshopper and the ants is another good one, particularly since it aptly illustrates one of the Proverbs!

Alysha: Anne of Green Gables! She learns to be honest while still working hard to achieve her goals!

Hayley:  The Little Britches series!  Ralph is a hard worker and learns so much about hard work and a good work ethic from his wonderful father.

What do you think?  What books and movies haven’t we mentioned?  We love it when our readers join the conversation!