Our favorite graduation gift is, of course, books—whether timely, practical, inspirational, or scholarly. We would never recommend sending a young person off to college (or even out the door to start a career) without some heart-and-head grounding in the essentials of the faith. Ideally, most of this takes place before graduation day, in ordinary conversation as well as times of crisis, confrontation, and damage control. But in future days, when they’re away from you, you’d like to think that they have helpful words lying around that they may just pick up and read again.

Every year we round up new titles (some older ones, too) that might make a good sendoff for your particular teen. Most of these we’ve already reviewed, so if they sound interesting be sure to follow the link and check them out in depth. 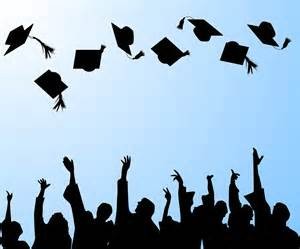 You Have a Brain by Ben Carson: Dr. Carson draws on his own life story to present his THINK BIG strategy for teens. His approach is practical and inspirational rather than intellectual; as suited to the graduate who hasn’t figured out what he wants to yet as to the one who’s headed toward college with a clear goal. Pairs well with Eric Metaxes 7 Men and the Secret of their Greatness.

Finding Truth by Nancy Pearcey. Pearcey follows up her popular Total Truth with a hands-on approach to learning to think for oneself. Readers learn to “question authority” when the authority is the latest anti-Christian intellectual trend taking over the campus or workplace. But it’s not just confrontation for its own sake: young people will also learn to exercise their reasoning powers as they confront the spirit of the age. A good companion is How to Talk to a Skeptic by Donald J. Johnson.

Rise by Trip Lee. The man is a phenomenon! At 26, already a father, pastor, and rap artist, Trip Lee gives teens the lowdown about living faith and going all in for Jesus. Rides along quite well with Do Hard Things: A Teenage Rebellion against Low Expectations by Alex and Brett Harris.

And here’s one for the road:

C. S. Lewis at War: the Dramatic Story behind Mere Christianity. This is a radio theater production from Focus on the Family that delves into the background of Lewis’s most famous (and influential) book. As World War II dragged on and England felt the strain, BBC producer James Welch sought out the well-known Cambridge don to present a series of radio messages about the essential doctrines of the faith. We can be eternally grateful to Mr. Welch, because those radio talks were later expanded and published in book form. A 3-hour radio drama tells the story; the rest of the 10-hour running-length is dedicated to a reading of Mere Christianity in its entirety. Are the kids going to be driving back and forth to college? Be sure they have this in the glove compartment!

We’ve posted several grad gift ideas in previous years. This year, I thought it might be helpful to classify them all according the categories of Inspiration, Living the Faith, Practical Advice, Apologetics and Worldview, and Vocation. Some books slide into more than one category—Inspiration and Living the Faith often go together—but for simplicity’s sake I tried to limit them to just one category each. Follow the links for more information about each book.

Living the Faith
Rise by Trip Lee
Do Hard Things: a Teenage Rebellion against Low Expectations by Alex and Brett Harris
The Gospel for Real Life by Jerry Bridges
True Beauty by Carolyn Mahoney
Don’t Waste Your Life by John Piper

Apologetics and Worldview
Finding Truth by Nancy Pearcey
Secret thoughts of an Unlikely Convert by Rosaria Butterfield
What’s Your Worldview? An Interactive Approach to Life’s Big Questions by James N. Anderson
The Gagging of God by D. A. Carson
The Intolerance of Intolerance by D. A. Carson
How to Talk to a Skeptic by Donald J. Johnson
The Christian Imagination by Leland Ryken

Vocation
God at Work: Your Christian Vocation in All of Life by Gene Edward Veith (also see our interview with Dr. Veith, beginning here)