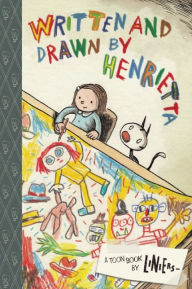 the subject of children and fiction. They asked a group of 4-to-7-year-olds what choose between two stories they might like to read or listen to: one story about a child who found a treasure, and another about a child who found a dinosaur bone. For half the children, the treasure story was presented as true and the bone story as made up. For the other half, those qualifications were reversed. The researchers queried the same number of adults on the same question.

The results are interesting: a roughly equal number of adults favored factual or fictional stories. But the children were “significantly more likely to prefer fact over fiction.” In a second study, the researchers asked children to choose between stories that were obviously supernatural and others that sounded realistic—for instance, “a boy who lives on an invisible farm,” vs. “a boy with lots of brothers and sisters.” Again, the realistic stories intrigued them more than the fantastic.

Anyone who hasn’t spent a lot of time with children may be surprised at this: we think of little ones as creatures of “wonder.” And in a way that’s true—depending on our definition of wonder. A magician who entertains at birthday parties knows that the younger the child, the less impressed she’ll be with illusions. When the man in the black cape pulls a rabbit out of a hat, his five-year-old audience could care less about the hat—they’re interested in the rabbit. That is the wonderful element to them.

This may be why most chapter books and leveled readers (written for the k-2 crowd) are about actual boys and girls doing things well within the range of the reader’s experience. Even talking animals, like Frog and Toad, have stood the test of time by being ordinary: looking for lost buttons, building a snowman, waiting for the mail.

This preference isn’t because children don’t quite understand the difference between fact and fantasy. As the study shows, they clearly do. When they play with each other, fantasy elements often creep into the doll house or Jedi fortress (somebody is usually able to fly, for instance). But stories, as opposed to playacting, come with a stamp of authority. An older, more experienced person is telling or reading them, or if the child is reading on his own, the book itself takes the authority role. The child is not just being entertained; he is receiving information, and some implanted wisdom within him prefers that the information be correct.

This is something to consider when choosing read-alouds or early readers for children in the K-2 age range. It doesn’t mean a story should contain no fantasy elements at all, but only reminds us of the obvious, that children are not miniature adults. The real world is new to them; family dynamics are as mysterious as a cloak of invisibility. 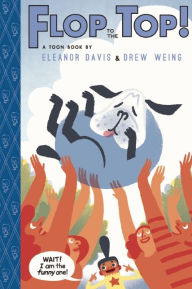 A new series of early readers called Toon books may or may not understand this, even though they’re a lot of fun. Best described as graphic novels for the kindergarten set, Toon books are quirkily illustrated with humor and a certain amount of far-outness. Flop to the Top! introduces Wanda, a star in the making who’s determined to be famous for . . . something. Instead, her dog Wilbur finds the spotlight after Wanda posts a selfie of the two of them. Not fantasy, exactly, but exaggerated reality that the average beginning reader may not relate to. In Written and Drawn by Henrietta, the title character is writing her own story about finding a monster with three heads and two hats in the depths of her closet (“It was made in Narnia”). Fantasy, right? But her crayon drawings and speculations about the monster are plot points most five-year-olds can understand. It’s a story Henrietta is telling, not hearing; it doesn’t mean she necessarily wants Daddy to read a story with monsters.

In spite of all of us having been small children once upon a time, we don’t remember it that well. We forget how hungry their minds are for facts, for understanding the world they live in. Wonder is not just flying ponies and rainbows; it’s also driving a dump truck, digging in the garden, and discovering how Frog and Toad found their lost button.