“We will triumph with our tongues.  We own our lips—who is our master?” Psalm 12:4

We live in an age where reality can be easily disconnected from imagination, where pharmaceutical or electronic aids provide a back door for escaping real life when it gets too tough.  It’s an age full of words—spoken, written, texted—that can shape opinion if repeated often enough.  Escape and propaganda have always been facts of life, as long as there have been booze and demagogues, but maybe now more than ever.  Never have so many people been so disconnected from tradition; never have so many basic words and concepts shifted in meaning, such as nature, authority, sin, and God.  Such as love.  Such as hate.

This Tuesday marks the 40th anniversary of the Roe v. Wade decision, the crowning achievement of the sexual revolution of the 1960s.  It signaled that there should be no final consequence to sex and that a woman owned her body.  That was supposed to settle the issue, but of course it didn’t; it only muddied the water and objectified children, not to mention obliterating at least a fourth, possibly a third, of subsequent generations.  Other results were more subtle.  We can’t definitely link abortion to increases in child abuse, neglect, and pornography, but what abortion does, besides (supposedly) empower women, is deny personhood to preborn infants.  Legally, a fetus has no inherent right to exist.  Only the mother has authority to determine his or her fate.  Such a vexed proposition does something to a society, whether or not the “something” can be calculated.

Same-sex marriage, if it’s ever established as law for all fifty states, will be the crowning achievement of what we might call the identity revolution.  It took a long time, because this issue goes much deeper than merely having sex.  It’s much more confused and difficult than the abortion debate, which is why it’s been a longer time coming.  But come it has, and in our day it’s reached high tide.  In the past, opposing abortion could lose you a college professorship or cancel your invitation to the coolest parties.  Today, or very soon, opposing same-sex marriage could make you a social pariah, on a level with the KKK. 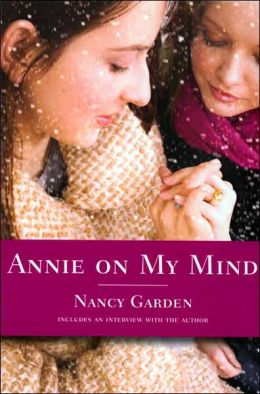 It’s easy to see why: abortion is about what you do.  Homosexuality is about who you are.  Sexual preference—so runs the argument—defines you as a person, just as much as skin color or gender or physical configuration.  How can we look at a dwarf (for instance) and say, “It’s a sin to be a dwarf”?  And how can we demand that he stop being a dwarf?  Christians can say, “Thus says the Lord” all day long and the response will be, “Yeah, well, thus does the Lord.  He made me this way, and this is who I am–not in the sense of being an American or a cyclist or a vegan, but in my deepest being.  How could that be wrong?”

Each of us, in our deepest being, is a sinner.  That’s what’s wrong.

One result of the Fall is that identity becomes hopelessly confused; we don’t define ourselves in relation to God any more, and that leads to conflict in all areas of being.  Sexual identity is possibly the most fraught area of all, but civilization has agreed, at least for the last 2000 years or so, that one should not act on all sexual desires.  According to the Bible, the practice of homosexuality is a sin, or so it’s been understood since there was a Bible.  But for the first time, a sizeable shift has occurred even among Christians: maybe the Bible really isn’t so emphatic about homosexual practice.  Maybe God doesn’t care that much.

The church is confronting the oldest temptation of all: Did God really say that?  Are you sure?

The reason even Christians are beginning to think this way is the pressure of cultural acceptance on one hand and the weakening of biblical authority on the other.  Children’s literature, little regarded in the adult sphere, has more influence than we often 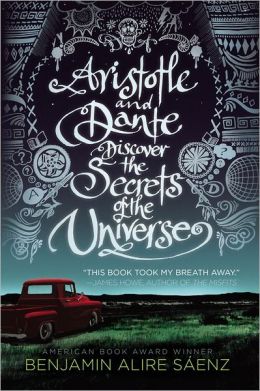 recognize.  But children’s literature, like children themselves, is essentially conservative and slow to change.  When the “gay agenda” reaches the pages of YA novels, and now even middle-grade novels, you know you’re chasing a wave rather than running ahead of it.

Annie on My Mind, by Nancy Farmer, was cutting-edge and highly controversial twenty years ago.  Today it’s commonplace, so much so that YA authors feel free to include gay and lesbian secondary characters in their novels with little comment.  The American Library Association established the Stonewall Award (for “excellence in youth literature pertaining to the Gay, Lesbian, Bisexual, and Transgender experience”) a long time ago, but YA novels with homosexual themes now feature prominently in the mainstream awards, too.  Since 1999, gay-themed books, or books with homosexual secondary characters, have appeared regularly on the Prinz honor list (given for excellence in YA literature).  This year I wouldn’t be surprised to see one of these three novels proudly display a Prinz award seal on the cover: Ask the Passengers, by A. S. King; The Miseducation of Cameron Post, by Emily Danforth; and Aristotle and Dante Discover the Secrets of the Universe, by Benjamin Saenz.

All three succeed as literature: well-written, with some beautiful passages and striking comparisons.  All are classic “coming out” novels, in which the protagonist struggles with his or her sexual inclinations and finally achieves peace and acceptance from the people who really matter, including themselves.  All have lessons to teach and hard-won “wisdom” to pass on.  Aristotle Mendoza (Ari) begins his story in a state of chronic discontent: “I was fifteen.  I was bored.  I was miserable.  As far as I was concerned, the sun could have melted the blue right off the sky.  Then the sky could be as miserable as I was.”  At the end, light dawns: “All this time I had been trying to figure out the secrets of the universe, the secrets of my own body, of my own heart. . . . From the minute I’d met Dante, I’d fallen in love with him.  I just didn’t let myself know it, think it, feel it.”  First lesson: Don’t lie to yourself. 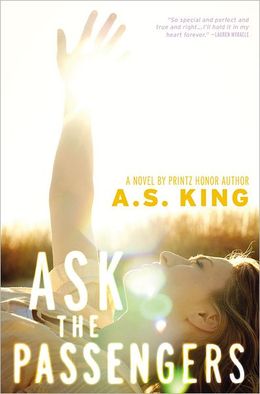 Astrid Jones’ favorite pastime, since her family moved from the city to a stifling small town, is plane-watching from the picnic table in her back yard.  From that still, motionless point, she “sends love” to the passengers.  Lately love has become more particular: she is unmistakably attracted to one girl, but isn’t sure what that means: “Is love something that will always be available?  Will it always be confined and trustworthy like it feels today?  Is there enough to go around?  Am I wasting it on strangers?”  The answer turns out to be No, illustrating the second lesson: Love is never wasted; welcome it wherever it appears.

Cameron Post accepts her orientation, but not without guilt: she experienced her first serious kiss on the same day her parents died in an accident, and can’t help but feel that the two are connected.  For most of the novel she backtracks all the way to the scene of their death, where she undergoes an impromptu cleansing ceremony which deliberately invokes baptism.  Third lesson: Forget what’s behind, press on to what’s ahead.

What role do the parents play in these novels?  Cameron’s are dead, but two other relatives take their place: her beloved but benighted grandma, who can’t be expected to change her ways, and her born-again Aunt Ruth, who carries her own burdens of guilt.  In Ask the Passengers, Astrid’s dad turns out to be okay, but her mom, a northeast liberal who accepts homosexuality on principle, is tied up in knots to find it in the house.  But mom has other problems, and her relationship with Astrid (convincingly portrayed) has always been knotty.  We understand by the end that Mom will eventually come around.  Ari’s parents have dealt with their own deceptions in the past, which make them more sympathetic about his.  In fact, they’re the ones who help him face up to his sexual nature and embrace it.

What role does religion play?  In Aristotle and Dante, almost none.  The subject barely comes up; it’s irrelevant.  Ask the Passengers makes a cliché of Christianity (“God made Adam and Eve, not Adam and Steve”) and lumps it in with the other out-and-proud bigot clubs in her small town, including the KKK.  (The Klan?  Seriously?)   But Astrid makes a stab at generosity: “I don’t mean to say the world is full of racists or sexists or homophobes.  I mean to say: Everybody’s always looking for the person they’re better than.”  (Including herself?)

Religion plays a much greater role in The Miseducation of Cameron Post, largely because the story begins in 1989, in the midst of 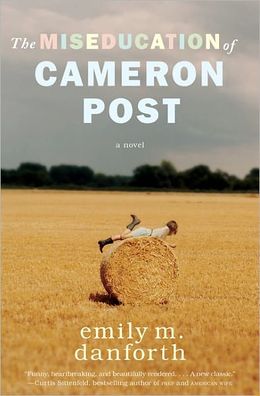 Evangelical revival and the outbreak of AIDS .  Cameron’s involvement with a popular cheerleader leads to her being sent to a kind of detox camp for Christian sexual deviants.  To the author’s credit, most of the Christian characters have more than one dimension, and some of the kids at camp sincerely want to change.  But there’s no indication that they can, and every indication that, like a wire stretched too tight, they’re going to snap sooner or later.  No wonder, as the program relies more on psychology than on Christ.  To Cameron, Christianity is a foreign country that’s fine for those who speak the language.  But she’s going to have to find her own country.

These, and many other novels, are intended to help LGBT (Lesbian, Gay, Bisexual, and Transgendered–plus Q for Questioning) kids come to terms with their identity.  In today’s culture, they will confuse the issue even more.  As Louis Markos writes in First Things, “We live in a fallen world, and the fact of the matter is that we are all afflicted by some form of physical, mental, or spiritual brokenness. We do ourselves and our loved ones no favors if we define ourselves or allow others to define us by that brokenness.”

One good thing coming out of the identity revolution is that Christians can’t pretend this is a problem “out there.”  It’s very much among us, affecting our closest relationships, whether family or friend.   Christian parents have had their hearts broken over a son coming out or a daughter campaigning for same-sex marriage.  We can’t paper this over with platitudes; we must dig deep.  But in digging deep we find Christ—at the center, exactly where He is supposed to be.

In the next week or so, Emily hopes to interview someone who dug deep.  In the meantime, if you’re struggling with the issue of sexual identity or know someone who is, Christopher Yuan has a lot to say about it.  Check out his blog and website.

For thoughts on another book with gay themes, see “Bad Trips.”  And for PART TWO of this series, click here.