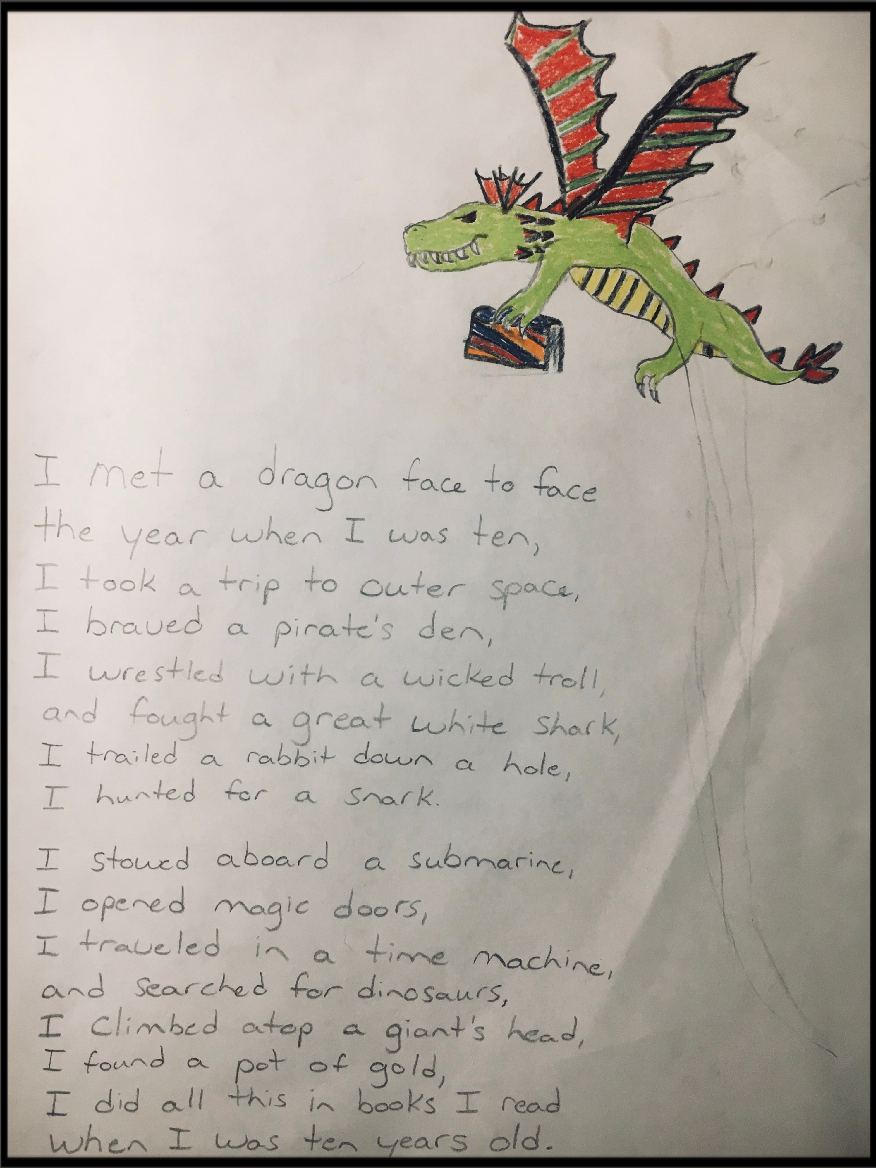 Last week, in our newsletter, we asked our readers what books they thought of when they saw this poem by Jack Prelutsky.

Here are some of their answers, combined with some of our own:

The Hobbit by J.R. R. Tolkien

The Voyage of the Dawn Treader by C. S. Lewis

The Reluctant Dragon by Kenneth Grahame

Freddy and the Space Ship by Walter R. Brooks

The Voyages of Doctor Doolittle by Hugh Lofting

The Fellowship of the Ring by J. R. R. Tolkien (as one of our reader’s pointed out, “Sam’s poem about trolls specifically”)

The Lion, the Witch and the Wardrobe by C. S. Lewis

The Phantom Tollbooth by Norton Juster

Giants! A Colossal Collection of Tales and Tunes by Jim Weiss (cheating a little, but this is what I was enjoying at 10 that involved Giants!)

The House Gobbaleen by Lloyd Alexander

The Golden Key by George MacDonald

What books did you think of when you saw this poem? Comment and share some of your favorites! And thank you to our newsletter readers for sharing some of their favorites.

*Thank you, also, to Jonathan for the dragon illustration