Continuing our series from last Friday about children’s books seen as contenders for the ALA’s coveted Newbery medal.

The Truth As Told by Mason Buttle by Leslie Connor.  HarperCollins, 2018, 342 pages 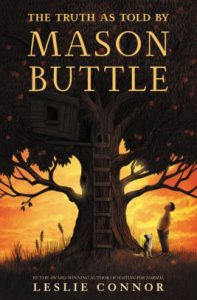 Mason, according to his Uncle Drum, has a trifecta of problems: he’s large, he sweats a lot, and he doesn’t do well in school.  Added to that, his mother was killed in a traffic accident.  And one more thing: his best friend Benny recently died after a fall from an apple tree, and the local police lieutenant suspects Mason knows more than he’s telling. Mason has a hard time telling, especially when the stakes are high: the words crowd up in his throat and won’t come out.  But the boy has a good heart within that unpromising exterior.  He also has strong advocates at home, and one teacher in his corner at school.  Now he has one new best friend, in the brainy-but-weird Calvin Chumsky.  Together they will embark on new adventures and unravel old mysteries. 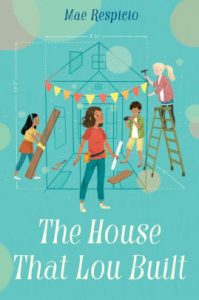 Lou’s father was killed in an auto accident before she was born, but she has a legacy from him: a plot of land in Terra Vista Valley, just north of San Francisco  That’s where, with her 13th birthday approaching, she plans to build a house.  Not sometime—now, with the help of her shop teacher’s advice, salvage-yard bargains, muscle power from friends, and support from her tight-knit Filippino clan.  The project becomes a race against time as her mother applies for nursing jobs far from home (bills must be paid) and a tax deadline looms.  Lou’s single-mindedness also taxes the loyalty of her friends.  Will determination and can-do spirit be enough? 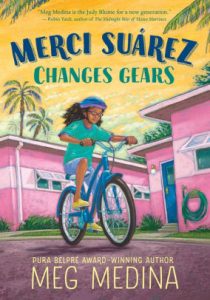 Sixth grade at Seaward Pines Academy might not be so bad for Mercedes Suarez, since it’s her second year as a scholarship student following in the footsteps of her brilliant brother Roli.  Merci is smart, self-confident and loved by her extended Cuban-American family—even though that family, especially her pesky little cousins, takes up the time she would rather spend playing soccer.  Lolo, her abuelo, is the one person in the family who always has time for her, and her relationship with him is rock-solid and comforting.  Until it isn’t, because Lolo is changing in ways that seem very unlike him.  And no one will tell her what’s going on.

Magdalys Roca doesn’t remember her arrival in the US.  All she knows is, she was brought here 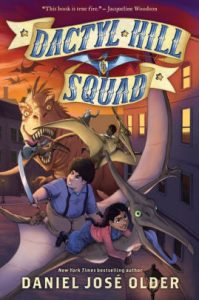 from Cuba with her brother and two older sisters and deposited in the Colored Orphan Asylum of Manhattan.  Now her sisters are gone—probably kidnapped and sold down south—and her brother has joined the Union army to search for them.  On a hot night in July 1863, Magdalys discovers that she has an unsuspected ability to communicate with the dinosaur population of New York City.  Most of these lizards are in domestic service and docile enough.  But when a massive uprising against President Lincoln’s new draft order breaks out, a dino whisperer proves to be a valuable asset in defense of the city’s black population.  Magdalys and her friends from the asylum learn that even kids can fight for justice, especially when mounted on pterodactyls (winged reptiles).  The Dactyl Hill Squad is born!

Other books are on the Newbery radar—check back for our series of buzz posts, where we talk about the ones we like—or don’t, so much.