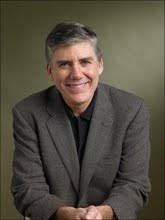 When Rick Riordan introduced his signature character, Percy Jackson, over a decade ago, he immediately established himself as a one of the best-selling authors ever in the category of middle-grade fantasy.  Percy Jackson, as every parent of a 12-year-old should know, is the son of a mortal mother and the Greek god Poseidon.  In volume one (The Lightning Thief), he discovers his patrimony and learns he’s responsible for saving the world.  His world-saving adventures continue throughout the Percy Jackson and the Olympians series, then the Heroes of Olympus series (which incorporates Roman gods along with the Greek) and the Trials of Apollo series.  In between all those best-selling titles, Riordan explored the Egyptian Pantheon with the Kane Chronicles and is currently in the middle of a series based on Norse mythology, featuring the central character Magnus Chase.

At Redeemed Reader we reviewed Percy Jackson and the Olympians very favorably: the books were original, funny, exciting, engaging, and packed with lots of mythological and historical information. With subsequent series our enthusiasm dimmed as language and violence issues increased, along with Riordan’s apparent calling to evangelize for homosexuality and gender-fluidity.  We’ve discussed these problems before, and they’re not the point of this post.  Rather, it’s something I wondered about in the earliest Percy Jackson books: in the basic premise of gods still inhabiting Mt. Olympus and messing with events on earth, what’s the place of Christianity?

It didn’t seem to have a place, even though Riordan (at least in the early books) was a big fan of Western civilization–to which Greek culture contributed, of course.  But a much greater contribution came from Palestine in the first century.  In Sea of Monsters (vol. 2), I picked up some interesting hints that Riordan might make a nod in that direction . . . but no.  In Percy Jackson’s world, and Magnus Chase’s world, and the Kane Kids’ world, Jesus never existed.  The Word that “turned the world upside down” was never spoken.

Meanwhile, there are too many mythologies to be exploited by just one writer, so here comes “Rick Riordan Presents,” a series of novels by authors who create adventures around other ethnic legends and world religions.  Aru Shah and the End of Time is volume one of the Pandava series, featuring Hindu mythology.  The Storm Runner, due in September, is about an 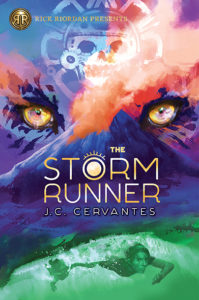 ordinary 13-year-old Mexican kid who meets a Mayan fire goddess at his backyard volcano.  Dragon Pearl, also debuting this fall, is a sci-fi adventure that draws on Korean deities.  All these, and doubtless more to come, proudly bear the “Rick Riordan” label and all are built on some form of pagan or polytheistic religion.

We’ll post a review of Aru Shah within the next few weeks, but in the meantime it’s safe to presume that all of the Rick Riordan Presents novels are fun, exciting, and educational.  But some of them may also be subversive, in the way that some of the later Percy Jackson/Magnus Chase books are.  Though the reader is not meant to take pagan deities seriously, the theme of acceptance, tolerance and equality of all worldviews grows naturally out of a neo-pagan disposition.

Note: this has nothing to do with the original, ancient-world paganism.  That was false, but at least it was serious—dead-serious.  In Orthodoxy, G. K. Chesterton corrects a common assumption of the modern world: that the gods of Olympus and Asgard were worshipped with innocent joy while Yahweh and his self-sacrificing Son introduced gloom and sin.  The truth is just the opposite:

To the pagan the small things are as sweet as the small brooks breaking out of the mountain; but the broad things are as bitter as the sea.  When the pagan looks at the very core of the cosmos he is struck cold.  Behind the gods, who are merely despotic, sit the fates, who are deadly.  Nay, the fates are worse than deadly; they are dead.

With Christ came the news that the universe was not cold and hostile but alive and welcoming; “You have come,” as the writer of Hebrews says,

to Mount Zion and to the city of the living God, the heavenly Jerusalem, and to innumerable angels in festal gathering, and to the assembly of the firstborn who are enrolled in heaven, and to God, the judge of all, and to the spirits of the righteous made perfect, and to Jesus . . . . (Heb. 12:22-24)

The drama and excitement of Rick Riordan’s worlds are the drama and excitement of small things, of this world things where battles are never over.  Modern-day paganism snatches plotlines from classic mythology and themes from contemporary virtue, but doesn’t ponder death and guilt.  That’s because there is no answer to death and guilt outside of Christ.  Percy Jackson and his friends will always struggle with the gods, because it’s all about the fight, not about resolution and reconciliation. 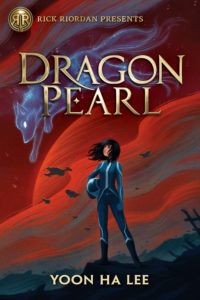 If the authors aren’t Christians, naturally they won’t write from a Christian point of view.  A young reader can enjoy these books but should understand what they profoundly lack.  Their subversiveness may not be intentional; authors write out of their own understanding, and neo-paganism is in the air these days.  To the extent that Abu Shah and her peers help to broaden a reader’s understanding of other cultures, they can be worthwhile companions.  But readers should recognize when faith in Christ is being undermined, even if it’s assumed he never existed.